When we hear about Solar PV We all know that solar photovoltaic (PV) panels transform sunlight into usable electricity, but few people know the actual science behind the process. In this blog we are going to get into the Somewhat detailed science behind solar cell and in solar panel working . It can seem complicated, but it all boils down to the photovoltaic effect; the ability of matter to emit electrons when exposed to light.

Before we get to the molecular level detail , let’s take a high-level look at the basic flow of electric generation:

These are the Basic Steps in Solar Energy Generation and Transmission

The electricity generated flows to the edge of the panel, and into a conductive wire.

Another wire transports the AC electricity from the inverter to the electric panel on the property (also called a breaker box), which distributes the electricity throughout the building as needed.

Now that we have a basic idea of the generation and flow of solar electricity, let’s take a deeper dive into the science behind the solar photovoltaic panel.

The Science Behind Solar PV Cells

Solar PV panels are comprised of many small photovoltaic cells – photovoltaic meaning they can convert sunlight into electricity. Each photovoltaic cell is basically a sandwich made up of two slices of semi-conducting material, usually silicon — the same stuff used in microelectronics.

photovoltaic cells need to establish an electric field to work . Much like a magnetic field, which occurs due to opposite poles, an electric field occurs when opposite charges are separated. To get this field, manufacturers “dope” silicon with other materials, giving each slice of the sandwich a positive or negative electrical charge.

Specifically, they seed phosphorous into the top layer of silicon, which adds extra electrons, with a negative charge, to that layer.

Meanwhile, the bottom layer gets a dose of boron, which results in fewer electrons, or a positive charge.

This all adds up to an electric field at the junction between the silicon layers.

Then, when a photon of sunlight knocks an electron free, the electric field will push that electron out of the silicon junction.

Recently, researchers have produced ultrathin, flexible solar cells that are only 1.3 microns thick — about 1/100th the width of a human hair — and are 20 times lighter than a sheet of office paper. In fact, the cells are so light that they can sit on top of a soap bubble, and yet they produce energy with about as much efficiency as glass-based solar cells, scientists reported in a study published in the journal Organic Electronics. Lighter, more flexible solar cells such as these could be integrated into architecture, aerospace technology, or even wearable electronics.

There are other types of solar power technology — including solar thermal and concentrated solar power (CSP) — that operate in a different fashion than photovoltaic solar panels, but all harness the power of sunlight to either create electricity or to heat water or air.

Now, let recall the working again As the solar panel generates an electric current, the energy flows through a series of wires to an inverter. While solar panels generate direct current (DC) electricity, most electricity consumers need alternating current (AC) electricity to power their buildings. The inverter’s function is to turn the electricity from DC to AC, making it accessible for everyday use.

After the electricity is transformed into a usable state (AC power), it is sent from the inverter to the electrical panel (also called a breaker box) and distributed throughout the building as needed. The electricity is now readily available to power lights, appliances, and other electrical devices with solar energy.

When you are using more electricity than your solar array is generating, you pull supplemental electricity from the grid through this meter, making it run normally. Unless you have gone completely off-grid through a storage solution, you will need to pull some energy from the grid, especially at night, when your solar array is not producing. However, much of this grid energy will be offset from the excess solar energy you generate throughout the day and in periods of lower usage.

While the details behind solar are highly scientific, it doesn’t take a scientist to convey the benefits a solar installation can bring to a business or property owner. An experienced solar developer can walk you through these benefits and help you explore if a solar solution is right for your business. 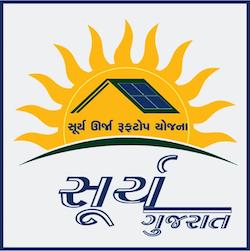 • The scheme plans to cover 2 lakh residential consumers by 2019-20 and about 8 lakh consumers by 2021-22.
• The installed system must be owned by the consumer.
• State subsidy of 40% shall be available for Solar Rooftop Systems up to 3 KW and 20% for Solar Rooftop Systems beyond 3 KW up to 10 KW, installed and commissioned by Private Residential Consumers (this cannot be combined with the central subsidy)
• Related DISCOMs will purchase surplus Electricity @ rate of Rs. 2.25 per Unit.